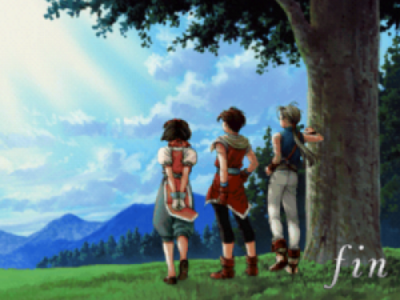 This patch updates the English version of 'Ultima 8: Pagan'
to v2.12 and makes the following changes to the game:

Simply place the cursor on the spot you want the Avatar to jump to
and press both mouse buttons simultaneously. If the spot is a valid jumping
location, the Avatar will jump there unerringly. If not, he will shake his
head.

The Birthplace of Moriens now exists. This area now connects the Earth
plot with the subsequent plot sequences, directing the player toward the lost
Zealan Shrine.

The pentacle-based spells related to the Fire Plot are now much easier to
cast. The pentagram points are now less restrictive for the placement of
components. Also, user feedback is given from Bane or Vardion during the
Avatar's 'Acolyte' test.

Many problems related to character conversations have been fixed:

The following hotkeys have been added to enhance the user interface:

a) F7 will now save the game to a special hotkey savegame file. This
does not require the use of one of the journal entries.

WARNING! This feature can become so addictive that it becomes
the sole way of saving the game. It is not wise to depend on
one saved game throughout the entire Ultima VIII quest.

Remember to save in your journal every time you play Ultima VIII!

c) B will activate the bedroll.

e) K will activate the keyring. Simply place the crosshair on any
locked door you'd like to attempt to open; if you have the correct
key, the door will be unlocked.

The following items have been properly placed and/or enhanced:

a) The magic armor related to the Ghost Subplot is now much more
effective at protecting the wearer.

They no longer move; they now levitate in place, and jumping to them is
much easier.

Placing items on the ground is now much less restrictive.

This item does not have a finite number of charges, and will now function
in all areas except the Obsidian Fortress.

The game now differentiates between the spell components 'Wood' and 'Dead
Man's Elbow' (which used to be labeled as 'Stick'). 'Wood' is now used for
most Necromancer spells, and 'Dead Man's Elbow' is the component that Vividos
sends the player in search of.

#12) Falling Down During Combat

The Avatar will no longer fall down during combat when he takes a heavy
blow. Now he will remain on his feet until an enemy strikes a death blow.

Taking the Breath of Wind from Stratos prior to moving on to the Fire
Plot no longer prevents the player from continuing the game.

User feedback is now provided to inform the player as to which point
each blackrock fragment should be positioned on within the ethereal plane.

Most of these changes have been effected as a result of user feedback. We feel
confident that the changes will enhance the game's fun-factor. Enjoy!
[/codebox]